In this paper, we propose an approach to improving the network lifetime by enhancing Network CONnectivity (NCON) and Target COVerage (TCOV) in randomly deployed Mobile Sensor Network (MSN). Generally, MSN refers to the collection of independent and scattered sensors with the capability of being mobile, if need be. Target coverage, network connectivity, and network lifetime are the three most critical issues of MSN. Any MSN formed with a set of randomly distributed sensors should be able to select and successfully activate some subsets of nodes so that they completely monitor or cover the entire Area of Interest (AOI). Network connectivity, on the other hand ensures that the nodes are connected for the full lifetime of the network so that collection and reporting of data to the sink node are kept uninterrupted through the sensor nodes. Keeping these three critical aspects into consideration, here we propose Socratic Random Algorithm (SRA) that ensures efficient target coverage and network connectivity alongside extending the lifetime of the network. The proposed method has been experimentally compared with other existing alternative mechanisms taking appropriate performance metrics into consideration. Our simulation results and analysis show that SRA performs significantly better than the existing schemes in the recent literature.

Al-Sakib Khan Pathan received PhD degree in Computer Engineering in 2009 from Kyung Hee University, South Korea and B.Sc. degree in Computer Science and Information Technology from Islamic University of Technology (IUT), Bangladesh in 2003. He is currently an Associate Professor at the Computer Science and Engineering department, Southeast University (SEU), Bangladesh. He is a Guest Lecturer for the STEP project at the Department of Technical and Vocational Education, Islamic University of Technology, Bangladesh since April 2018. Previously, he was with the Computer Science department at IIUM, Malaysia during 2010-2015 and with the BRAC University, Bangladesh during 2009-2010. He also worked as a Researcher at Networking Lab, Kyung Hee University, South Korea from September 2005 to August 2009 where he completed his MS leading to PhD. His research interests include wireless sensor networks, network security, cloud computing, and e-services technologies. Currently he is also working on some multidisciplinary issues. He is a recipient of several awards/best paper awards and has several notable publications in these areas. So far, he has delivered over 19 Keynotes and Invited speeches at various international conferences and events. He has served as a General Chair, Organizing Committee Member, and Technical Program Committee (TPC) member in numerous top-ranked international conferences/workshops like INFOCOM, GLOBECOM, ICC, LCN, GreenCom, AINA, WCNC, HPCS, ICA3PP, IWCMC, VTC, HPCC, SGIoT, etc. He was awarded the IEEE Outstanding Leadership Award for his role in IEEE GreenCom’13 conference. He is currently serving as the Editor-in-Chief of International Journal of Computers and Applications, Taylor & Francis, Associate Technical Editor of IEEE Communications Magazine, Editor of Ad Hoc and Sensor Wireless Networks, Old City Publishing, International Journal of Sensor Networks, Inderscience Publishers, The International Arab Journal of Information Technology (IAJIT), and Malaysian Journal of Computer Science, Associate Editor of International Journal of Computational Science and Engineering, Inderscience, Area Editor of International Journal of Communication Networks and Information Security, Guest Editor of many special issues of top-ranked journals, and Editor/Author of 19 published books. One of his books has been included twice in Intel Corporation’s Recommended Reading List for Developers, 2nd half 2013 and 1st half of 2014; 3 books were included in IEEE Communications Society’s (IEEE ComSoc) Best Readings in Communications and Information Systems Security, 2013, 2 other books were indexed with all the titles (chapters) in Elsevier’s acclaimed abstract and citation database, Scopus, in February 2015 and a seventh book is translated to simplified Chinese language from English version. Also, 2 of his journal papers and 1 conference paper were included under different categories in IEEE Communications Society's (IEEE ComSoc) Best Readings Topics on Communications and Information Systems Security, 2013. He also serves as a referee of many prestigious journals. He received some awards for his reviewing activities like: one of the most active reviewers of IAJIT several times; Elsevier Outstanding Reviewer for Computer Networks, Ad Hoc Networks, FGCS, and JNCA in multiple years. He is a Senior Member of the Institute of Electrical and Electronics Engineers (IEEE), USA. 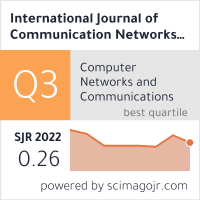